The year that changed my life 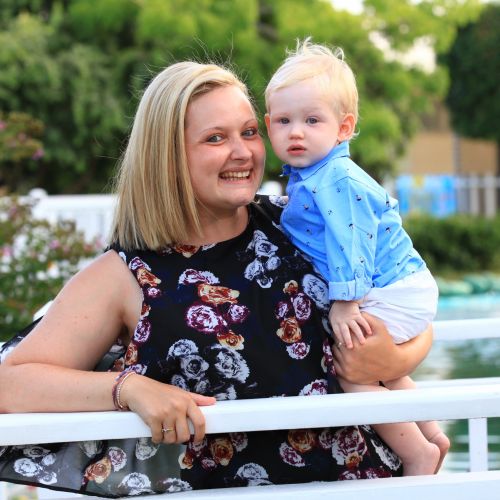 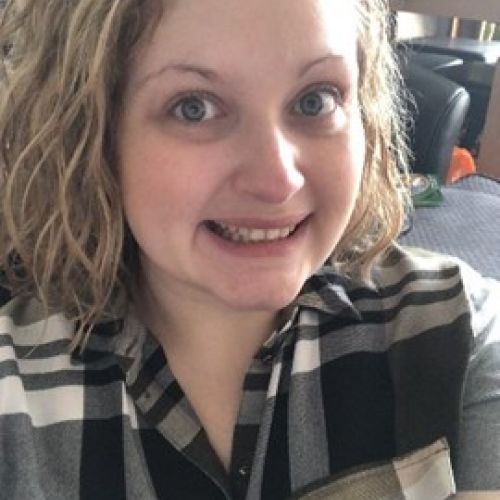 By Liane from London, a new mother who was diagnosed with Multiple Sclerosis in 2018 and is joining the global campaign to raise awareness and find a cure.

I was diagnosed with MS last year, my MS came on all of a sudden, and I was taken into hospital on 17th April 2018. Within 1 week I had been diagnosed with MS. From what I understand this is very rare and for most people it can take years and years to get diagnosed.

In March 2018 I was on maternity leave and the week before I was going back to work, I woke up on a Saturday morning with blurry vision – it wasn’t too bad just a slight blur. By Wednesday that week, it was very blurry to the point where I thought I should not be driving. My partner and my mother both urged me to go to the doctors because something was not right. The doctors made me go straight to A&E because he recognised that what I was describing was serious, and he was worried that it was neurological. By the time I was admitted into a hospital, it had gone from slightly blurred vision to, full blurred vision, loss of balance, weakness down my left side, and a limp on my left side affecting my ability to walk.

I have always been a dancer, therefore the loss of balance was what was most obvious to me whereas to other people, and they wouldn’t even notice my balance was off. I remember in one test, it involved putting one foot in front of the other and I couldn’t do it. I would completely fell over.

This all happened with 1 month and 2 days.

The telling of the diagnosis was crap! I was in the hospital and a junior doctor came on a morning round around 10 am and told me I had MS, and just to look on the UK MS Society website, then promptly left, and I was all by myself. I immediately called my other half and he came up to support me, but when they first told I had a life-changing diagnosed, they literally dropped it and ran. Luckily the MS Society’s website was very helpful.

In June 2018, I was formally diagnosed with relapsing-remitting MS, and I started medication at the end of December last year.

I started thinking about what I could do to not only tell people about my MS but also doing something for myself, so when I found out you could fundraise through Facebook, I had found the perfect solution. I have always been an avid charity fundraiser, when I was younger my brother died of epilepsy, so on my birthday last year I decided to use the celebration to raise money and to come out, to tell people what had been going on with me, because at that point only my very close family and friends knew about my MS or about being in hospital. So I set up a Facebook fundraiser to inform people about my life and raise some money for Kiss Goodbye to MS.

When I told my friends and family using my Facebook fundraiser, there was a lot of shocked responses but a lot of support.

My MS has been up and down, mentally I was doing okay until around October last year when I hit rock bottom. I was at a point where I realised that I probably couldn’t continue my role at work and the general realisation that, “oh my god, I have MS”, and “oh my god, it is actually affecting my life now”. Throughout the year I had a quite a few episodes where my legs would completely give way and I would lose the ability to talk, but it was for only a minute, and then I was back to normal as if nothing ever happened. I had a few of these episodes and no one knew why. It turns out it was stress related, and by the end of the year I was really low and really struggling.

Earlier this year, I was on the way to work, and I felt a bit weird but couldn’t figure out why. When I arrived at work I had full body shakes, and I was stuttering. Thankfully, it wasn’t a relapse, but instead, a flare-up. My little boy had chicken pox, and I had no sleep which caused a flare-up.

Now, I struggle with feeling tired all the time, especially with a toddler that can be tough. I also sometimes get the weakness down my left side and spasticity in my left leg. The fatigue is something I am constantly explaining to people, even to my other half, because there are times when he is tired and I have to explain that his tired and my tired are not the same. I have to explain to friends when I can’t do things that even though I look completely fine, I am not feeling absolutely fine inside.

The other week I woke up with the most horrific back and hip ache and it was just before I had planned to go shopping with my parents. In the end, we had to hire a wheelchair because I was really struggling to walk, and I had so many looks from people, where I could tell they were thinking “why the hell are you in a wheelchair? 1) You look absolutely fine and 2) you look too young. It was a combination of those two stares all day but they had absolutely no idea what was actually going on, and it makes my dread the day I get a Blue Badge and I have to deal with the judgemental comments and stares.

I see this judgment around me, and I have started calling it out. I was recently queuing for a disabled toilet at a concert and there was an older lady outside with me and a younger lady in the toilet. The older lady said to me “I don’t know why she is in that toilet she doesn’t look like she needs it”. I am not always good at standing up for myself but I can certainly stand up for others, I said “well let’s be honest, I don’t look like I need it either, but I do, so you might not want to be so judgmental”, I could tell she felt awkward, but I thought what a stupid thing to say to someone queuing for a disabled toilet.

The judgement is something all people living with MS have to deal with and despite it being an invisible illness for many, it is hardcore, the people living with MS are hardcore, and you should never judge a book by its cover. When you are diagnosed you spend a lot of time grieving for the old you, and you end up putting too much pressure on yourself to be the old you. You constantly have moments when you think, “well I would have been able to do that”, or I have moments on the train home where I am nearly passing out due to my fatigue, and I think “well I used to get home two hours later than this” but the only way to move forward is to accept the change and know that it is okay.

Kiss Goodbye to MS is a global campaign with 13 countries raising money to fund research into the causes of the disease and to hopefully find a cure. The campaign also funds access to treatment which can have a dramatic effect on countries where treatments are not readily available or affordable. In May countries around the world are uniting to raise funds to cure MS and show the world they are united by this cause.

Katie Mullan 14 May 2019 A brilliantly worded article about the effects that MS has on people , both physically and emotionally.
Previous
Next

The MS International Federation is registered with the Charity Commission in England and Wales (charity number 1105321).